“We're very close to achieving something special in the history of the club”, stated the striker.
Cristiano Ronaldo spoke of his desire to win the Champions League with the Whites in an official UEFA interview. “I'm very happy to form part of Real Madrid's history. I'm going to try and win as much as possible with this team and I've always dreamed of winning the Champions League with Real Madrid”, explained the Portuguese before the final against Atlético.
82 comments:

Valdano: Raul can be Real's Guardiola 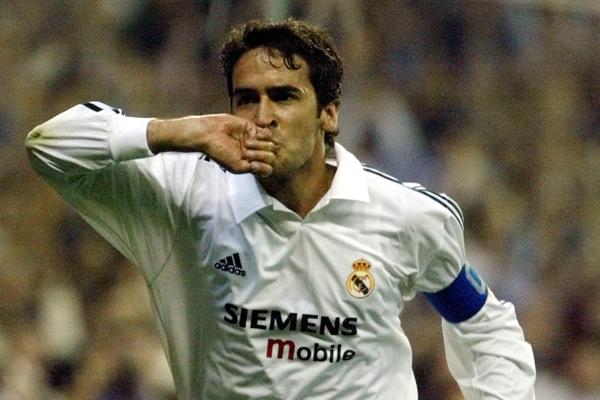 Former Real Madrid coach coach Jorge Valdano has told AS that Raul Gonzalez could soon return to Los Blancos as coach and make a similar impact to Pep Guardiola at Barcelona.

After two years at Bundesliga side Schalke, the 36-year-old is currently at Qatari club Al-Sadd, but is set to retire at the end of the current campaign.

Former Barca defender Guardiola followed a similar path, gaining experience both elsewhere in Europe and in Qatar, before returning to the Camp Nou as a coach and going on to oversee the most successful era in the Catalan club’s history.

Valdano -- the coach who gave Raul his Madrid debut as a 17-year-old -- thinks that the striker would likely bring a more ‘German’ organisation to the teams he goes on to coach.

"It would not be a team comparable to Guardiola's," Valdano said at an event in Madrid organised by football magazine Panenka. "Raul admires more German teams than Brazilian teams. I believe he is really intelligent, he has the personality to stop a train, with Madridismo coming out of all his pores.

"He is destined to be the Guardiola of Real Madrid, but with an identity which is more of Real Madrid than Barcelona. I believe he is preparing for this, and he will do it with the same intelligence with which he managed his career as a player.

"He is very relaxed about it, but I am very impatient about seeing his Madrid. He will bring a sentimental depth to the club."

Raul left Madrid under something of a cloud in 2010, reportedly at the wishes of club president Florentino Perez and the incoming coach Jose Mourinho.

Ahead of last August's exhibition game between Los Blancos and Al-Sadd at the Bernabeu, Raul suggested that it would make sense to gain more coaching experience elsewhere before he eventually ended up back at the Bernabeu.

"To come [back] to Madrid is always in my head; when I believe that I can bring something to the club I would be delighted to return," Raul said.

"But for that, a transition is necessary, and an apprenticeship to know if I am capable of doing something which can help."
6 comments:
Etiketler: Raul Gonzalez 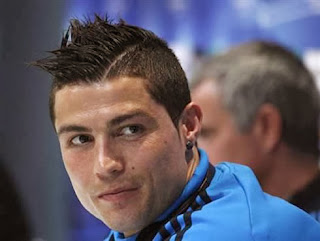 Ronaldo made his name at Old Trafford after moving away from Sporting in 2003, before making a world-record move - broken by Gareth Bale this summer - to Real Madrid in 2009.

Former Bianconeri chief Luciano Moggi explained this week that Ronaldo was in Juve's sights before the Red Devils made their move, but Ronaldo insists he had never had any intention of moving to Turin over the Premier League giants.

"I cannot speak too much about this Juve link," he said when questioned by Italian media on Tuesday ahead of Madrid's clash with Antonio Conte's men.

"I know that there were many clubs interested in me and Juve were one of those, but the club that interested me most was the Manchester for its history and its coach."

"I have great respect for Juve and their history. They are a dream team for many, but tomorrow I'll have to do my job and score goals against them. They're a top club that must be respected but tomorrow I'll do my best."